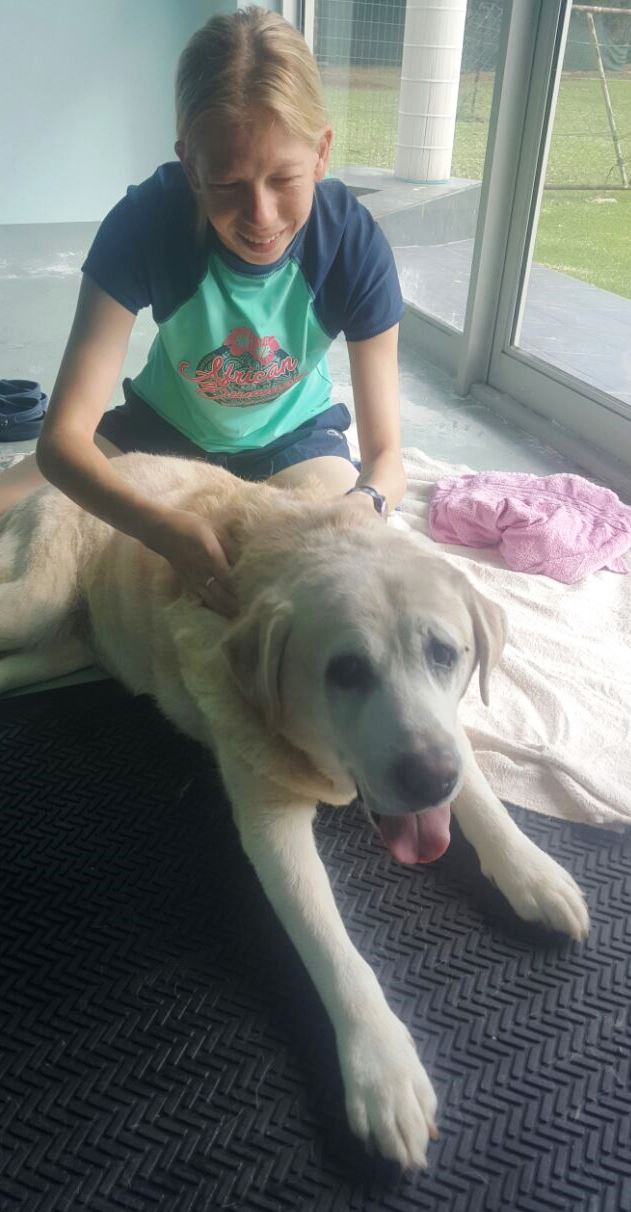 Massage has been used for centuries by healers to assist in restoring balance to the body. Physiotherapists learn many manual therapies during their training, not the least of which is massage. There are many forms of massage; relaxing, therapeutic, trigger point massage and even acupressure. Although massage takes time to perform effectively, the contribution it can make to the overall well-being of a patient should not be under-estimated.

The benefits of massage include an increase in venous flow and the enhancement of lymphatic drainage. This helps to reduce swelling. Muscle fibres can be realigned and tissue tension released. It can relieve pain caused by compensatory movements and holding patterns. It is a powerful adjunct to the medical and surgical management of a compromised patient. Massage truly does enhance healing, tissue repair and a feeling of well-being.

To truly master massage one requires time. It is not a modality that can be learnt from a text book or video, although these can supply good guidelines. As a hands-on therapy, massage requires time with the patient to acquire a skill which can facilitate positive changes that enable the body’s healing mechanisms to function. A thorough understanding of anatomy and physiology is essential. As one applies the knowledge and skills learnt, the practitioner builds up a reservoir of experience which results in more effective treatment. Regular massage sessions with a dog or horse will yield information about the animal’s current state and thus allow the treatment to be very specific to that individual. The therapist gains information with every treatment which allows for identification of possible issues early on in their development.

Massage and its benefits are not restricted to those with training. As a pet owner you can apply simple massage techniques to your companion animal (horse, dog or cat) and achieve similar results. An added advantage is that the human-animal bond will be strengthened thus improving your relationship with your pet. A simple, superficial technique used daily that will help to release adhesions in the myofascial plane, is skin rolling. These adhesions can then contribute to further muscle tension. By gently rolling the skin (from the base of the skull to the tail base) these adhesions can be eased. This is followed with exercise. The muscles are now able to engage more appropriately because they are not hindered by restrictions.

Massage is applied to athletes in human, canine and equine world. Geriatric patients respond particularly well to regular massage because the muscle tightness, caused by osteoarthritis, is released and circulation is improved. Massage specials are available at AHAH (until end September 2019). Call today!

Marly has had bad hips and elbows from puppy hood. He turned 10 years old in March 2019. We started treatment for his hips and elbows in 2017. During that time he was further diagnosed with spondylosis, and we started on a programme of exercise and water therapy to keep him mobile and protect his muscle mass.

In November 2018, in his assessment his condition had deteriorated. He had difficulty in getting up, and had no interest in moving around. Jessica suggested massage and we were able to fit in two sessions in December 2018 before the Hydro's Christmas shut down.

We continued with the massage in January 2019. The first week, Marly was very stiff and uncomfortable during the session. We persisted, and during the second session he was a different dog. He was not uncomfortable or sore when Jessica touched him. In fact, he was quite relaxed. The assessment after the session showed improvement in his flexibility and mobility.

For me, the massage session was worthwhile. Marly's knots were massaged out, his posture improved and he became more willing to join the other dogs and participate in normal activities. He was also in less pain.

Danae A
07:37 16 Oct 19
Very knowledgeable and friendly people with a great passion for the animals they treat

Ashleigh Spence
08:30 21 Jul 19
Our furbaby Lexi has been going to AHH for about 6 weeks now and has shown enormous improvement and we are so happy with her progress. Highly recommend them for any therapy for their furbabies

Nicole Sequeira
16:53 12 Mar 19
At first when I went to meet Dr Tanya I did not know what to expect and rated them based on one visit. Now after being there again, and seeing how thorough they are, and how accurate their acupuncture etc. is, I am very impressed. Their care is genuine and rare. Definitely a must for an injured fur baby, even if all you want is their opinion.

Gemma Gelson
06:51 19 Aug 18
These wonderful people got my little girl walking almost 100% normally after she had become paralysed in her back legs from IVDD. I definitely recommend them to anyone with fur babies. The level of compassion is unparalleled.

Kim Magennis
14:03 29 Oct 17
Patients and Clients are treated with a profound respect. The focus is always on improving quality of life

Nicolene Rossouw
07:37 17 Apr 17
The best place to go if you want propper care and plenty of love for your fur babies. Love these peopleand what they do!

John Ansell
18:30 02 Dec 16
The service provided is unique. My dog has been a long term patient and the improvement in his mobility is remarkable. Should you have a pet with mobility problems there's probably no better place to go.
See All Reviews